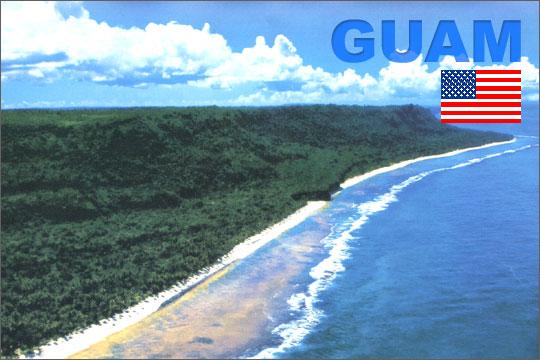 History of the Kashiwa-Guam Relationship

The annual Kashiwa summer festival was the occasion for what would eventually become the Kashiwa-Guam friendship city relationship. In the early '80s Kashiwa City awarded Miss Kashiwa a prize to visit Guam for her sightseeing enjoyment. Then, in 1985 Miss Guam, accompanied by the governmental officials, started the annual tradition of participating in the Kashiwa summer festival. The tradition continues to this day.

In 1990 the Kashiwa Green Lions Club organized a Sister City Club with its Guam counterpart, inaugurating a youth exchange program. On November 30th, 1991, the Mayor of Kashiwa officially visited Guam to conclude an agreement of Kashiwa-Guam friendship.

Miss Guam and the Mayor of Kashiwa

Over the last fifteen years, both parties have made efforts to come to know each other through various projects and exchanges. As one of the programs, Kashiwa citizens visit Guam to meet the Governor in his office, and enjoy the historic heritage and culture all over the island.

Is Guam a state or a city？

Guam island is an unincorporated territory of the United States. It has self- government with limited authority. The government began in 1972 to send one assembly member to the House (Wash. D.C.) under the condition of no voting-rights. The capitol is Hagatna. 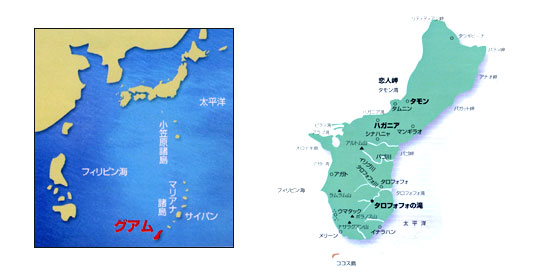 Guam is approximately 45 km long and 6 to 9 km wide, covering an area of 541 square km, or about the same size as Awaji-shima of Japan.

Truly a tropical climate all year round; average temperature 27 degrees, with a showery squall season from June to October and the rest of the year generally dry.

The first contact with the western world goes back to 1521 when Ferdinand Magellan visited the island. Guam was formally claimed by Spain in 1565. Then in 1898 the island was ceded to the USA following the Spanish- American War. The USA officially took possession of the island in 1899. During World War II, the island was under Japanese control (1941-44) until reclaimed by American military forces in July 1944. Then in 1945, self-government was officially established, though with limited authority, and it remains so today.

The island is one of the most popular resorts in the world attracting over one million tourists a year. The island enjoys economic benefits from its strategic military position.

US currency is dominant.

The sunshine is so strong that it is essential to use sunblock. The whole island is surrounded by coral, making beach sandals or shoes a must.

Guam is abundant in natural beauty of the ocean and jungles, all kinds of marine sports, historic heritage from Spanish age and World War II. 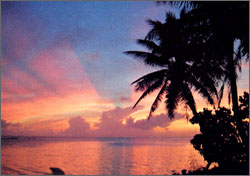 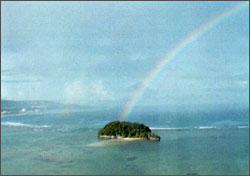 Rainbows are common in Guam. 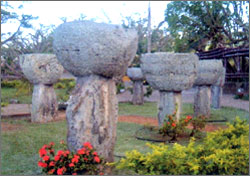 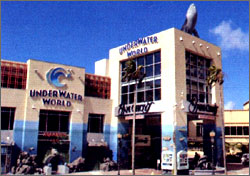 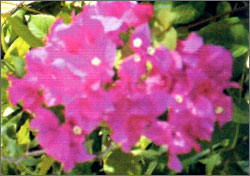 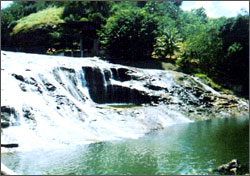